A time of great peril approaches for America. 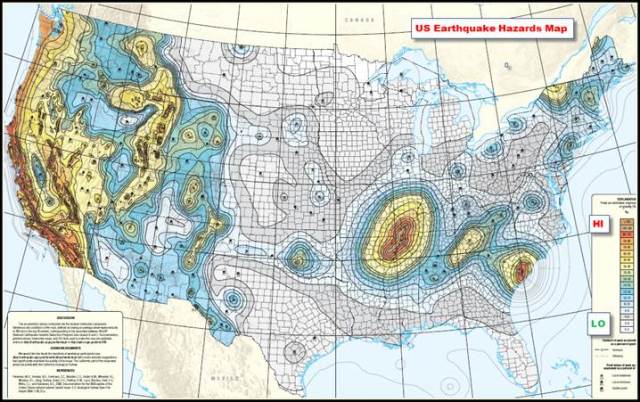 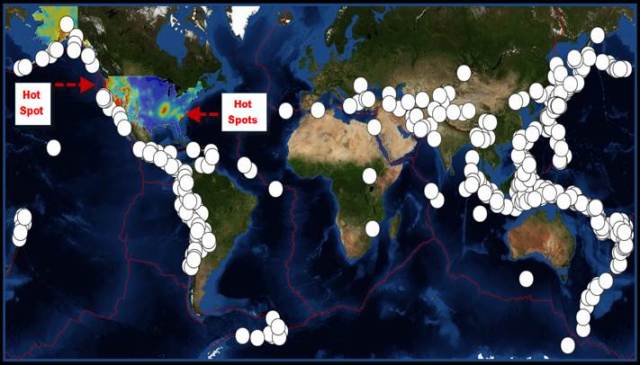 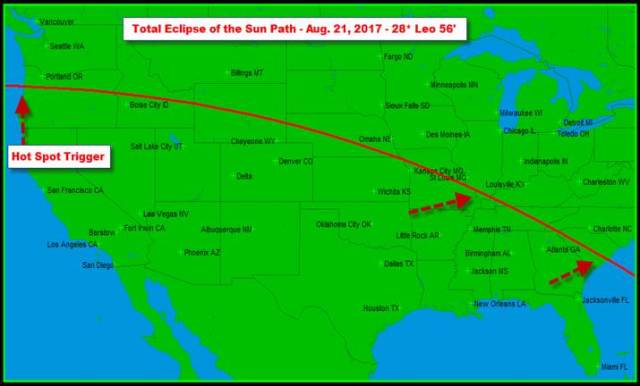 April 28, 2014 – “Trigger Time” Approaches for the United States: A time of great peril approaches for America.

The top map shows the U.S. earthquake hazards map, with three critical areas: 1) The west coast of southern Canada and the Pacific Northwest, 2) the New Madrid Region of Missouri and 3) The Charleston, South Carolina area.

The middle map reflects global earthquakes greater than or equal to 7.0 magnitude from 1913 to 2013. Note that the only place, along the Pacific Ring of Fire, that has not seen a major release over the last 100 years is the Pacific Northwest of the U. S. and the Southwest region of Canada (Vancouver, B.C.). The last big event in this area was a 9.0 magnitude event in the year 1700 (see below).

It is my contention that the Aug-21st Eclipse will be the trigger for a major transformation in America, in that the Pacific Northwest Region will experience an earthquake event greater than 9.0 magnitude. Simultaneously, the New Madrid region of Missouri and South Caroline will both be hit by quakes of a comparable magnitude.

The 1700 Cascadia earthquake was a magnitude 8.7 to 9.2 megathrust earthquake that occurred in the Cascadia subduction zone on January 26, 1700. The earthquake involved the Juan de Fuca Plate underlying the Pacific Ocean, from mid-Vancouver Island in British Columbia, Canada, south along the Pacific Northwest coast as far as northern California, USA. The length of the fault rupture was about 1,000 kilometers (620 miles) with an average slip of 20 meters (22 yards).

The 1811–1812 New Madrid earthquakes were an intense intraplate earthquake series beginning with an initial pair of very large earthquakes on December 16, 1811. These earthquakes remain the most powerful earthquakes to hit the eastern United States in recorded history. These events, as well as the seismic zone of their occurrence, were named for the Mississippi River town of New Madrid, then part of the Louisiana Territory, now within Missouri.

The Charleston Earthquake of 1886 was a powerful intraplate earthquake that hit Charleston, South Carolina and the East Coast of the US. After the 1811 and 1812 earthquakes in New Madrid, Missouri, it is one of the most powerful and damaging quakes to hit the southeastern United States. The shaking occurred at about 9:50 p.m. on August 31, 1886 and lasted just under a minute. The earthquake caused severe damage in Charleston, damaging 2,000 buildings and causing $6 million worth in damage (over $150 million in 2013 dollars), while in the whole city the buildings were only valued at approximately $24 million. Between 60 and 110 lives were lost. Some of the damage is still seen today.

After the U.S. is shredded by these three massive tremors, the Great Lakes will empty into the Gulf of Mexico. Most of the Western Portion of America will be under water and the East Coast will be submerged south of Richmond, Virginia. (Credits – USGS, Solar Fire Gold and Wikipedia).

3 Responses to A time of great peril approaches for America.