Days with More Than One Earthquake >= 6.0 Magnitude. 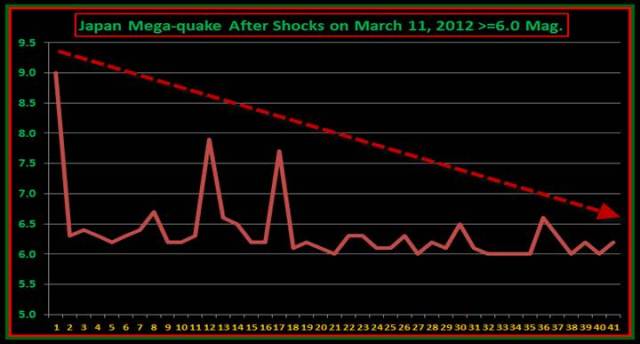 Because this quake occurred only two and one-half years ago there are many YouTube videos of this awesome and frightening event. Here are two of the Japan tsunami. Video #1 is an aerial view from a helicopter, while Video #2 is from a building and shows the incredible power and destructiveness up close