The Ticktock of the Death Clock. 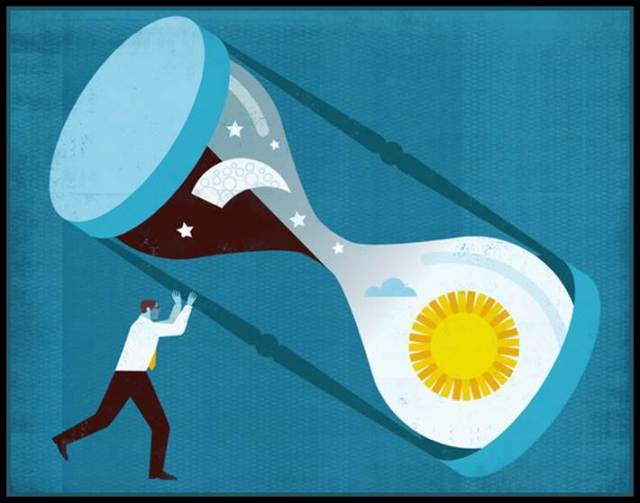 August 1, 2013 – The Ticktock of the Death Clock: With every new silver hair sprouting from my scalp, I can’t help but think of the shortening arc ahead of me. Now in my mid-50s, for the first time I’m no longer looking up, over and beyond. Rather, my trajectory points downward at the approaching horizon. In this frame of mind, I recently found myself at DeathClock.com, the “Internet’s friendly” — if not scientific — “reminder that life is slipping away … second by second.” After I completed the short questionnaire, the Death Clock’s algorithm quickly did the math, concluding: “Your personal day of death is Wednesday, April 23, 2031.” Note: The age and death clock time above are for Steven Petrow who wrote this article for the New York Times – not your editor.

Old enough not to believe everything I read on the Web, I queried my doctor about my expected longevity. He quickly e-mailed back: “All things being equal, I believe your estimated survival time would be around 72 to 75. Good luck.”

Good luck? I spent a few moments processing the possible meanings behind “good luck” (none of them particularly appealing), realizing my good doctor had pretty much corroborated the Death Clock’s calculation, then sat there feeling sorry for myself, imagining the hourglass emptying. Then, not allowing myself to wallow one grain of sand longer, I decided to quit my day job.

Yes, just like that. Call me crazy. I worked as an editor and, ironically, my soon-to-be-former boss had once given me a copy of Malcolm Gladwell’s “Blink: The Power of Thinking Without Thinking,” suggesting I needed to act more on impulse than rationality. I had previously underlined this particular section: “Decisions made very quickly can be every bit as good as decisions made cautiously and deliberately.”

I’d long been toying with — even planning for — the day I’d quit. But so many fears had stood in my way, starting with the most basic: dollars and cents. Yes, my partner and I had downsized. Yes, I’d been squirreling away a rainy-day fund. And yes — and most significantly — I’d been talking regularly with my therapist not just about quitting, but about how to live a truly meaningful life. I knew it wasn’t sleeping my way through the workdays to get to the weekend.

Now a new fear – the ticktock of the clock — squashed the pecuniary one, and the decision to leave my job seemed like a Gladwell no-brainer.

Anyway, my plan wasn’t to spend the rest of my life traveling the world. First of all, that rainy-day fund isn’t that big. And as short as 18 years sounds, that’s a heck of a lot of days and weeks (and yes, seconds) not to fritter away. Rather, my plan was to do what I’d been doing in bits and pieces, in between jobs, on vacations, before the work day and after hours: Be a full-time writer.

Fortunately, I had some role models in making this leap. My friend Peter, 53, a documentarian, had left his full-time job 18 months earlier to take what he then called a sabbatical to write a play. He explained to me: “I realized it was a myth to think there would be a time when I don’t have any financial worries. If not now, when?” He then added that his 52-year-old best friend who died of a malignant brain tumor “was a very real accelerator of my decision.”

Similarly, my friend Tom, 56, told me over coffee he’d come to the realization, “I only have so many years left.” A photographer and writer, he’d recently stepped down from a university directorship after watching two of his closest friends die, “guys that I thought were bulletproof,” he explained. “I want to quit talking about doing my own work – and do my own work.”

The week after getting my doctor’s “good luck” e-mail, I gave notice. I told a good story but what I didn’t say was this: “I’ve got only one life to live, and if I don’t do it now, when?”

I couldn’t sleep the next few nights, the loud echoes of my naysayers circling through my head. But over the weeks that followed, things began to shift. I started to get new assignments and finished up a book proposal. I’d get up at 5 a.m. as excited as a kid on Christmas morning. I felt a new sense of ownership, joy and meaning to my days. This wasn’t my work, it was my life. And I didn’t just like it – I loved it.

Of course, I know I won’t spend the rest of my days in this state of euphoria. I will struggle with blank pages and intermittent paychecks. But I will appreciate each day more. I understand now what my friend Tom was telling me when he sent me a short passage from Wendell Berry’s novel “Jayber Crow,” in which the namesake main character reflects on the passage of time. “Back at the beginning, as I see now, my life was all time and almost no memory … And now, nearing the end, I see that my life is almost entirely memory and very little time.”

I know too well the feeling that my life is now more memory than future. As I finish these pages, I see that my clock is down two million seconds from when I started. Call me crazy, but I have to say I love the ticktock of the Death Clock. Without it, I might not be living.