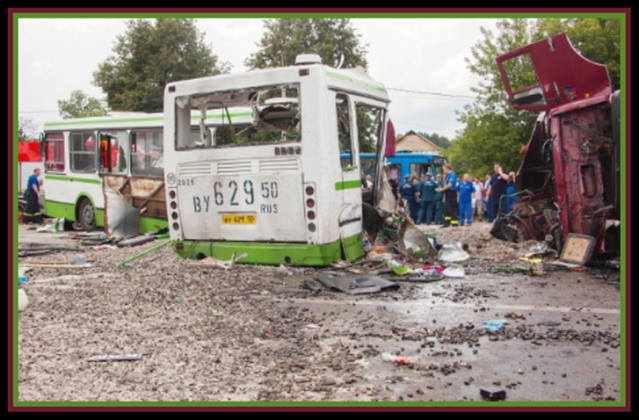 July 14, 2013 – 18 Dead and 25 Injured in Russian Vehicle Accident: Eighteen people are dead after a truck carrying stones used for pavement ran into a passenger bus in an outlying area of Moscow. The Emergency Services Ministry says in a statement that 25 other people were injured in the Saturday crash. The severity of the injuries wasn’t stated. The accident occurred when the truck plowed into the side of the bus near Oznobishino, a settlement in the Moscow municipality about 40 kilometers (25 miles) south of the city center. Russian news reports say the drivers of both vehicles are among the hospitalized.