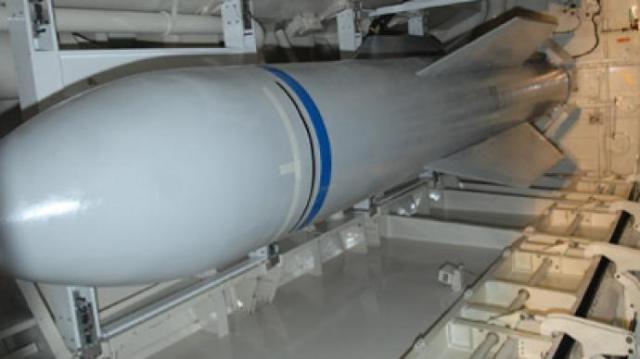 May 3, 2013 – U.S. Redesigns “Bunker Buster” Bomb to Combat Iran:  The Pentagon has redesigned its biggest “bunker buster” bomb (see above picture) with more advanced features intended to enable it to destroy Iran’s most heavily fortified and defended nuclear site.

U.S. officials see development of the weapon as critical to convincing Israel that the U.S. has the ability to prevent Iran from getting a nuclear bomb if diplomacy fails, and also that Israel’s military can’t do that on its own.

Several times in recent weeks, American officials, seeking to demonstrate U.S. capabilities, showed Israeli military and civilian leaders secret Air Force video of an earlier version of the bomb hitting its target in high-altitude testing, and explained what had been done to improve it, according to diplomats who were present.

In the video, the weapon can be seen penetrating the ground within inches of its target, followed by a large underground detonation, according to people who have seen the footage.

The newest version of what is the Pentagon’s largest conventional bomb, the 30,000-pound Massive Ordnance Penetrator, or MOP, has adjusted fuses to maximize its burrowing power, upgraded guidance systems to improve its precision and high-tech equipment intended to allow it to evade Iranian air defenses in order to reach and destroy the Fordow nuclear enrichment complex, which is buried under a mountain near the Iranian city of Qom. The upgraded MOP designed for Fordow hasn’t been dropped from a plane yet.

The improvements are meant to address U.S. and Israeli concerns that Fordow couldn’t be destroyed from the air. Overcoming that obstacle could also give the West more leverage in diplomatic efforts to convince Iran to curtail its nuclear program. Click the link below for the complete article.