An $18 Million Silver Treasure was found in the North Atlantic. 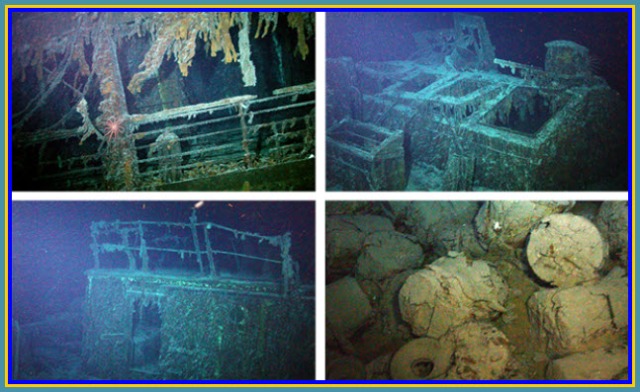 March 9, 2013 – An $18 Million Silver Treasure was found in the North Atlantic: Sea explorers announced Monday the discovery of a new sunken treasure that they plan to retrieve from the bottom of the North Atlantic.

Off Ireland in 1917, a German torpedo sank the British steamship Mantola, sending the vessel and its cargo of an estimated 20 tons of silver to the seabed more than a mile down. At today’s prices, the metal would be worth about $18 million.

Odyssey Marine Exploration, based in Tampa, Fla., said it had visually confirmed the identity of the Mantola with a tethered robot last month during an expedition and had been contracted by the British Department for Transport to retrieve the lost riches.

In recent years, strapped governments have started looking to lost cargoes as a way to raise money. They do so because the latest generation of robots, lights, cameras and claws can withstand the deep sea’s crushing pressures and have opened up a new world of shipwreck recovery.

Last month, Odyssey announced its discovery of the British steamship Gairsoppa off Ireland and estimated its cargo at up to 240 tons of silver — a trove worth more than $200 million. The Gairsoppa was torpedoed in 1941.

Both ships had been owned by the British Indian Steam Navigation Company, and both were found by Odyssey during expeditions in the past few months. Odyssey said that the Mantola’s sinking in 1917 had prompted the British government to pay out an insurance claim on about 600,000 troy ounces of silver, or more than 20 tons.

The Mantola was less than a year old when, on Feb. 4, 1917, she steamed out of London on her last voyage, bound for Calcutta. According to Odyssey, the ship carried 18 passengers, 165 crew members and diverse cargo. The captain was David James Chivas, the great-nephew of the Chivas Brothers, known for their Chivas Regal brand of Scotch whiskey. Four days out of port, a German submarine fired a torpedo, and the ship sank.

In an expedition last month, Odyssey lowered a tethered robot that positively identified the wreck. The evidence included the ship’s dimensions, its layout and a display of painted letters on the stern that fit the words “Mantola” and “Glasgow,” the ship’s home port.

Photographs show the hulk covered in rivulets of rust known as rusticles, which look like brownish icicles. (Originally published Oct. 11, 2011).