Kamchatka Bezymianny Volcano Shows Signs of Roaring Back to Life. 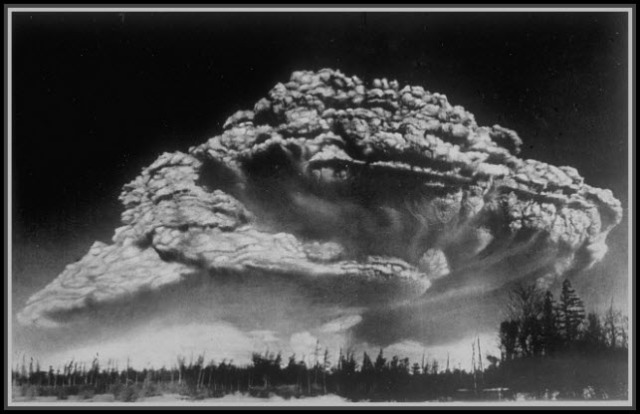 March 6, 2012 – Kamchatka Volcano Roars Back to Life: Kamchatka, in the Russian Far East, the Bezymianny Volcano has been assigned the highest aviation danger code of “red.” The ash and gases that are being spewed from the crater can seriously damage aircraft systems. The volcano is also showing high seismic activity and signs that it may possibly erupt. On average the Bezymianny Volcano emits ash and gases 1-2 times a year. Previously the most powerful emissions were on March 30, 1956 (pictured above).

Following a period of explosive eruptions and lava-dome growth beginning in October 1955, a major explosive eruption took place on March 30, 1956 from Bezymianny volcano in Kamchatka. The plinian eruption, seen here from 100 kilometers (62 miles) to the west (pictured above), produced a 45-km-high (147,638 feet) ash column that followed a lateral blast and a debris avalanche created when the summit of the volcano collapsed. A lava dome subsequently grew in the newly formed horseshoe-shaped crater. The lava dome has been intermittently active for more than four decades. (Credits: Top picture – Photo by I. Erova, 1956; courtesy of G.S. Gorshkov, published in Green and Short, 1971; Narrative -RSOE Emergency and Disaster Information Service).

Location of the Bezymianny Volcano on the Kamchatka Peninsula – Courtesy of Google Earth: 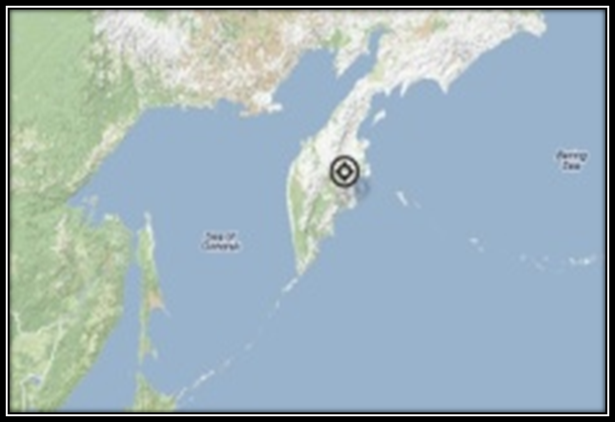 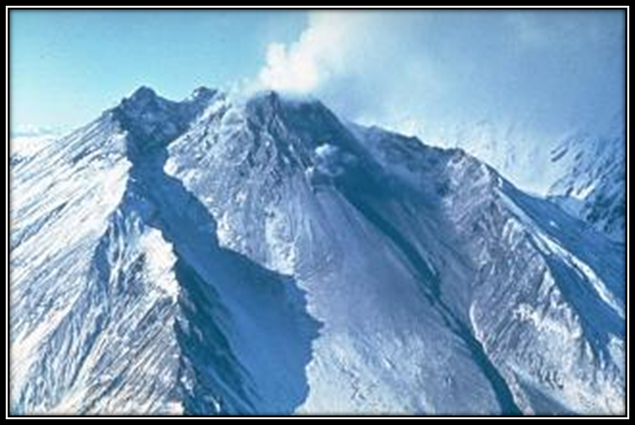 A color picture of the Bezymianny Volcano, some call the “No Name” Volcano: 1 Response to Kamchatka Bezymianny Volcano Shows Signs of Roaring Back to Life.