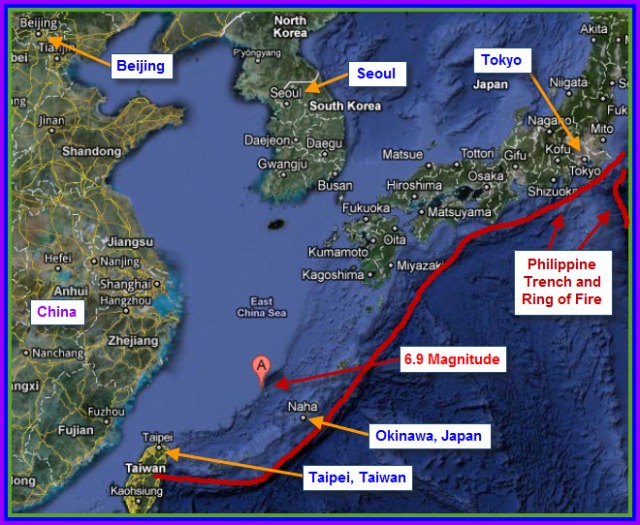 1 Response to A 6.9 Magnitude Earthquake Struck North-East of Taiwan.