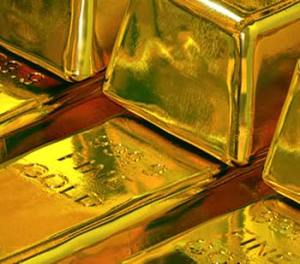 August 4, 2011 – – Gold Rockets to New Record High of $1,663.50 an Ounce: Fears of a recession sent gold futures to a record settlement price Wednesday, its fifth in eight
sessions, as its safety appeal pulled in investors spooked by a decline in
equities worldwide. Gold futures, for December delivery, were as high as
$1,675.90 on the COMEX division of the New York Mercantile Exchange, an intraday record. Gold has added $182.60, or 12.3%, since July 1st, the start of the metal’s most-recent record run.

South Korea bought gold for the first time in 13 years, the latest central bank seeking to reduce dependence on the U.S. dollar.

Positive private-sector job figures paled as investors continued to worry about the U.S. economy. Here are some of the reasons for concern.

The J.P. Morgan global manufacturing PMI (Purchasing Managers index) hit a two-year low in July, with Brazil’s index the worst since May 2009 and China’s the worst since March 2009.  Announced U.S. job cuts rose to a 16-month high in July. U.S. personal income in June rose at the smallest rate since November. U.S. consumer spending in June fell for the first time since
September 2009. The U.S. economy had the worst six-month period since the
recession ended, in terms of its Gross Domestic Product (GDP). The drop in GDP during the recession, from the fourth quarter of 2007 to the second quarter of 2009, was 5.1%, worse than initially projected. That marked the deepest recession since World War II. The University of Michigan/Thomson Reuters index of consumer sentiment fell to the lowest since March 2009. Retail sales had the smallest gain in June, in 11 months. Sales of existing homes in June slipped to a seven-month low.  June nonfarm payroll
growth was the slowest in nine months. The unemployment rate of 9.2% was the highest for Calendar Year 2011. The labor participation rate of 64.1% was at a 27-YEAR LOW.  The May trade deficit rose 15%, to the highest level since October 2008.  The June three-month average of the Chicago Fed’s national activity index, reached its lowest level since October 2009. The U.S. needs 250,000 new jobs per month to make unemployment figures go down.

Equity markets in Asia and in Europe tumbled on worries that the U.S. economy, the world’s largest, might be slowing down, and oil futures lost more than 2% on the same concerns, to close at $91.90 a barrel for the September 2011 contract.

Furthermore, on Wednesday, the Institute for Supply Management said its service-sector index fell to 52.7% in July, a 17-month low, from 53.3% in June. Economists surveyed expected the service’s index to rise to 53.5%. The Commerce Department reported that factory orders fell 0.8% in June.

Meanwhile, a weaker dollar further aided gold. The dollar index, which compares the U.S. dollar to a basket of six currencies, declined to 74.02 its lowest reading since June 10th. Gold and the U.S. dollar often move in opposite directions, as the yellow metal is priced in the U.S. currency. However, the pair can rise in tandem when investors seek to avoid risk, which is why the price of gold is often called “The Fear Index.”

Silver followed gold higher, but the ongoing concerns about the economy took a toll on metals more closely linked to industrial activities. September silver added 88 cents, or 2.2%, to close yesterday at $41.74 an ounce. That was silver’s best mark since May 2nd, when it closed at $43.99 an ounce — on its way down from reaching a high of $50 an ounce on April 25th.

Does that sound like an economy in recovery? The truth the U.S. Government doesn’t want you to know is that the economy NEVER came out of the recession that started in the fourth quarter of 2007, because government spending is counted in GDP figures. If the U.S. Government had not “spent its way out of a recession,” many would classify the current economy as in a depression. The ugly reality is that we are in a depression, which wil lead to GREAT DEPRESSION II.  Stocks will drop another 50%, and gold will soar over $5,000 an ounce. When the DOW Jones Average AND Gold BOTH reach
5,000; we will be close to a bottom in the U.S. economy.  Before that happens, the economic pain in this country will be excruciating!