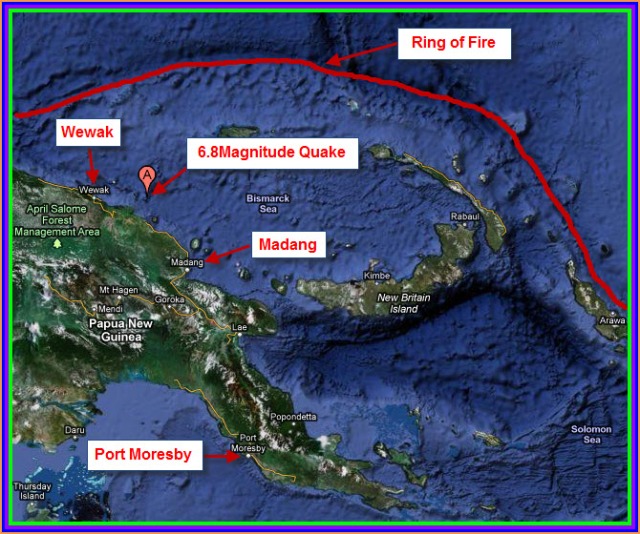 The Japan Meteorological Agency announced that there was a very small possibility of a local tsunami. However, any tsunami likely would not be over 20 inches high. Fortunately, two hours after the seismic activity struck, the Japanese agency reported there were no warnings or advisories still in effect.

The Pacific Tsunami Warning Center did not issue any threats or warning, noting that there was no danger of a tsunami striking Hawaii. Similarly, the Australia tsunami warning center said there was no threat to that nation.

Yet, this is the strongest tremor to strike the South Pacific in several months. Approximately 80% of the world’s great earthquakes strike along the “Ring of Fire.” This strengthens my prediction of a major earthquake (greater than 7.0M), or Volcano, along the subduction zones of the Pacific Tectonic Plate, on either August 9th or 10th.